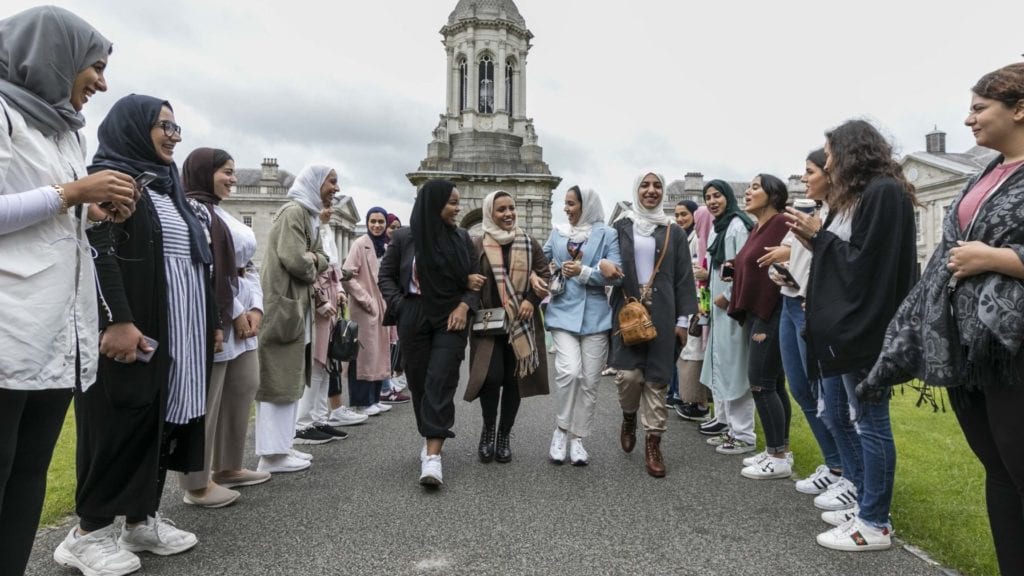 A new Centre for Middle Eastern Studies is to be established at one of Ireland’s top universities, Trinity College Dublin. It follows the conclusion of a strategic alliance between the College and the Al Maktoum College of Higher Education, which is based in Dundee, Scotland, and the provision of support from the Al Maktoum Foundation. The new Centre is expected to make a major contribution to the development of Middle Eastern Studies in Ireland.

The name of the new centre will be the ‘Al Maktoum Centre for Middle Eastern Studies in Trinity College Dublin’. The Centre will be part of Trinity’s School of Languages, Literature and Cultural Studies within Trinity’s Faculty of Arts, Humanities and Social Sciences. It is intended that its scope of academic activities and collaborations will go beyond the School and will be University-wide.

Acting Head of College at Al-Maktoum College of Higher Education, Dr Abi Abubaker, said: “This agreement with Trinity College is of great significance to the Al-Maktoum College. It not only validates the quality of programmes we now offer but also, importantly, provides a first step towards an even closer and long-lasting academic collaboration between us and Trinity College.”

“This is a key alliance that will be of major benefit to students seeking to undertake Middle Eastern Studies. As a centre of academic excellence, we look forward to what is certain to be a mutually positive collaboration with Trinity College.”

Commenting on the launching of the Centre, Mirza Al Sayegh, Chairman of the Board of Trustees of Al Maktoum College and of the Al Maktoum Foundation, said: “We are very proud to support this initiative and with the association with Trinity College Dublin, with its global reputation for excellence in research and education. It continues a long commitment of the Maktoum family’s investment in both education and in Ireland,” he added.

Dr Patrick Prendergast, the President and Provost of Trinity College, added, “This generous gift from the Al Maktoum Foundation comes at a vital moment in the history of Trinity College’s relationship with the Middle East, its peoples and its cultures. Continuing a long-established tradition of Middle Eastern studies in the history of Trinity College, this generous gift comes at a time when society in Ireland must seize the opportunity to enhance the role which all can play in a pluralistic society. Societal challenges created by multiculturalism also present unique opportunities for engagement and enrichment.”

Professor Anne Fitzpatrick, Head of the Discipline of Near and Middle Eastern Studies at Trinity, said: “It is a great honour for Trinity to be the recipient of this level of support. The opportunity it will provide to generations of students will no doubt contribute to greater understanding and fruitful relations as students graduate as global citizens and move on with their lives into careers where they can truly have an impact in shaping a peaceful and harmonious future.”

Trinity College has had a long engagement with the cultures and societies of the Middle East that goes back for over 250 years. The first Professor of Oriental Studies was appointed in 1762, while the Professorship of Arabic Studies was established in 1855. Today, the Near and Middle Eastern Studies stream at the College offers a degree in Middle Eastern and Islamic Civilisations as well as offering teaching in Arabic. Students at Trinity studying Arabic spend a year at a university in the Middle East. Also offered are courses covering the great civilisations of ancient Egypt, Babylon and Persia, the ancient civilisations of South Arabia, and contemporary issues such as Islam’s contribution to European societies and the cultures and histories of the Middle East and North Africa.

The most recent development is the creation of a unique new degree course in Middle Eastern and European Languages and Cultures which commenced in 2017. No other university offers a course of this type, which recognises the contributions made by the cultures and religions of the Middle East as being of equivalent value to those of Europe.