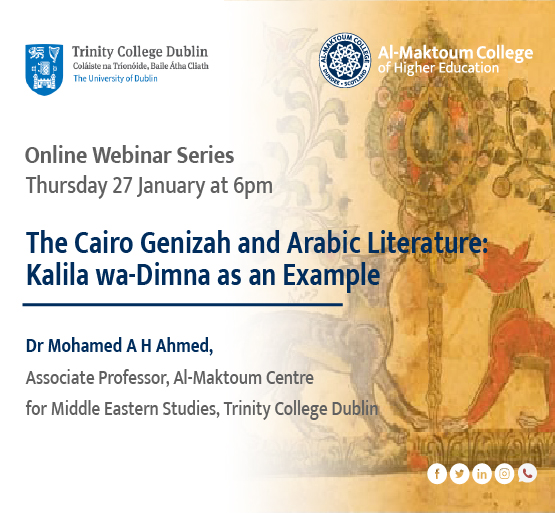 The Cairo Genizah and Arabic Literature: Kalila wa-Dimna as an Example

The Cairo Genizah is a most fertile resource for historical Jewish studies in the medieval and early modern Mediterranean. Through its religious materials, the Genizah is invaluable to the study of, for example, the Bible, Talmud and Midrash and, with its wealth of documents, it is the most abundant documentary source for medieval Middle Eastern history.

An area that has hitherto received extremely little attention is the Arabic and Judaeo-Arabic (Arabic written in Hebrew characters) literature, especially poetry, contained in the Genizah. Holding fragmentary works and numerous pieces of otherwise lost Arabic literary texts, the Cairo Genizah should be considered a plentiful source for the study of Arabic literature. This presentation aims to shed light on the importance of the study of Arabic literature in the Cairo Genizah.

Mohamed’s research interests lie in the areas of Arabic poetry, Judaeo-Arabic, bilingualism, the typology of written code-switching, code-switching in Modern Hebrew and medieval Judaeo-Arabic texts and sociolinguistic variation between Arabic and Hebrew. 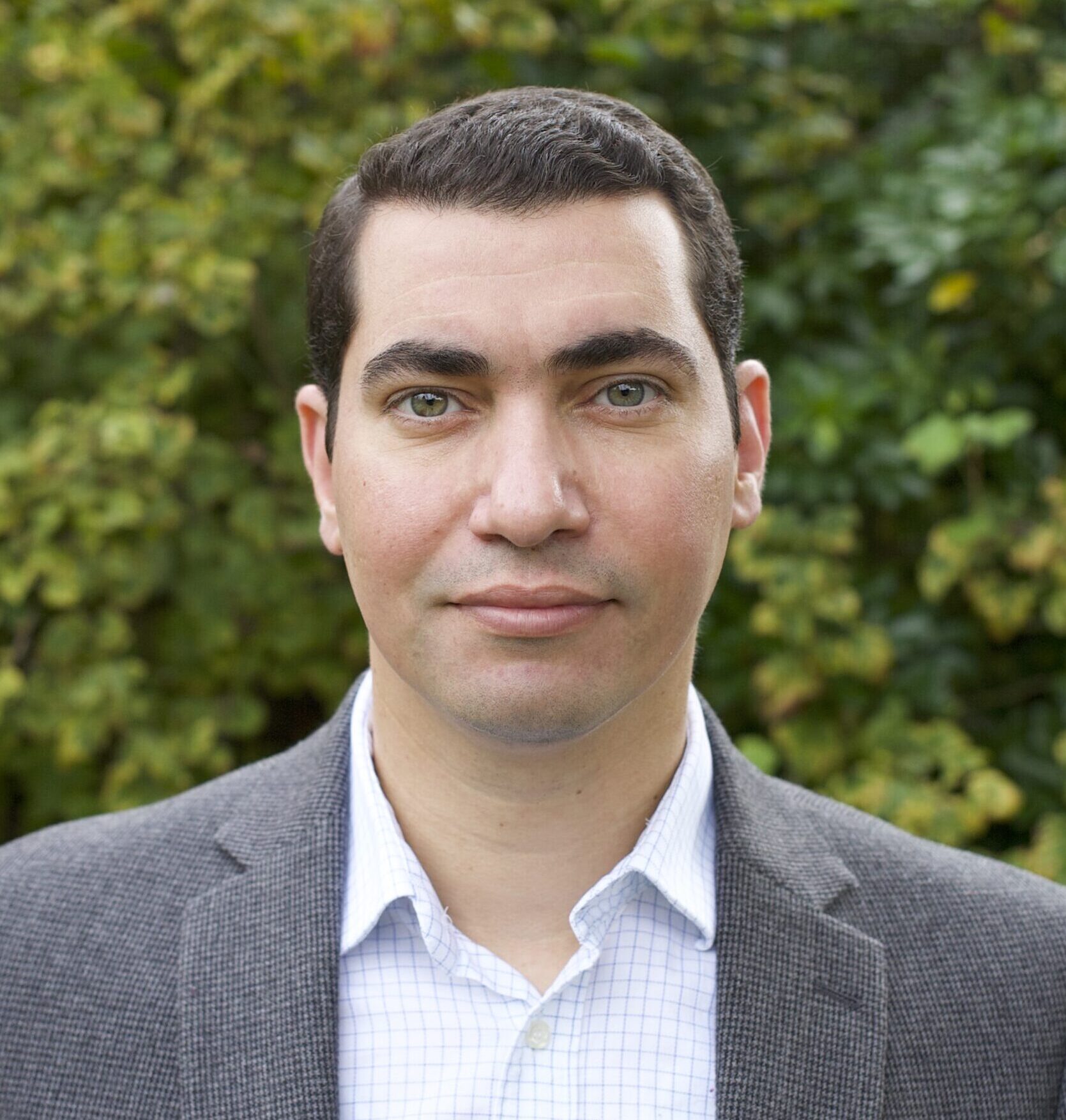 How to join the Online Webinar

Gaining access is simple and free- viewers will need a laptop/PC, tablet or smartphone. Click on the video conferencing ‘Zoom’ link provided by the College (usually sent on the day of the webinar) a few minutes before the event begins. to access the streaming platform called ‘Zoom’. After clicking the Zoom link, viewers will be held in a virtual waiting room. From there, the Alm College Events team will submit viewers into the live webinar.

Upon entering the webinar, microphones will automatically be muted and webcams automatically turned off. If viewers wish to ask a question at the end of the lecture using your microphone, there will be an opportunity to do so.